What 1911 grips fir MY pistol? This is often the single most confusing issue that comes up for those shopping for grips for their 1911 pistols. There are so many manufacturers, with so many different models, that it can be difficult for those new to their 1911 pistols to know exactly what they have in relation to the traditional names for these frame sizes & styles.

Below is a guide to help you identify the basic frame size you model corresponds to. This list is not complete, nor does it take into account custom features that your gun may or may not have (ambidextrous safeties, magwells and extended control levers like slide stops can effect grip fit on some models)… but it will be of help to most who are new to the 1911 world. 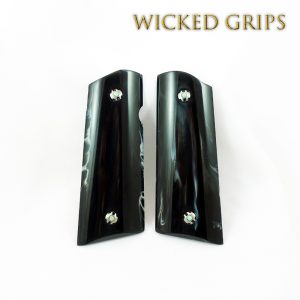 There are many more, including lower priced imports that also fall into this category… if you are not sure, be sure to watch our video below!

Officer models are the compact series, and come with a typical 3″ barrel length and a shorter magazine that hold one less round (typically). Due to the vast offerings from dozens of manufacturers, there are many common names for this model. The oldest is Officers Model, but other common names are Kimber’s Ultra series, Sig Sauer’s Ultra series. Springfield Armory has the Compact series 1911s like their Range Officer. Colt has the Defender series and the New Agent series as well as the Officers model. If you watch our video below, you will gain a better understanding of size difference between the fullsize models and the officer, and be able to measure your pistol to be sure of which model you have. 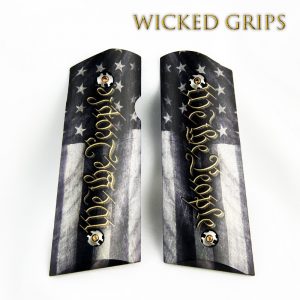 The 1911 Bobtail first appeared with the Ed Brown series of 1911’s, with an angled, straight line cut to the rear of the frame to aid in concealed carry. The Bobtail is typically a 4 to 4.25″ Commander style barrel length as they are intended for daily carry. Several makers offer a Bobtail style 1911 currently, like The Ed Brown Kobra Carry and the Dan Wesson Guardian and Bobtail Classic series. Smith & Wesson Performance Center 1911 Bobtail versions also fit into this category. 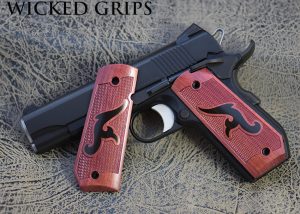 The 1911 Round Butt is a variant of the Bobtail, where the rear edge is rounded off instead of angled. Intended for concealed carry, this model also is typically found with Commander length slides, but, Sig does offer models with full length slides.  This style of fit can be found on Sig’s Nightmare series of 1911’s, as well as Kimbers Super Carry series.

Still unsure? No problem! Please watch the video below for a visual explanation!